You are here: Home / General / Real Disruptors Own the Future Unopposed

In our desire to be as headline-grabbing as an asteroid strike, everything new gets a “disruptive” tag. If you find yourself longing for the relatively hyperventilation-free days of “revolutionary” but are afraid of seeming stuck in the 1900s, perhaps it is time to step back and gain some perspective. Disruption is, after all, a 20th century concept.

Decades ago in The Innovator’s Dilemma, Clayton Christensen’s described a “disruptive innovation” as one inferior to existing products, so it doesn’t initially compete for mainstream customers; rather disruptive innovations appeal at lower prices to a part of the market not already being served. Over time the disruptor enhances the features or functionality of the innovation and attracts mainstream customers away from incumbents.

An example is South Africa’s Capitec Bank, which started life as a cheap debit card service with none of the expensive overheads of a traditional bank. Ignored by the big players because it wasn’t a “real” bank, it gained customers who didn’t want to pay bank charges to subsidize fancy services they’d never use. The no-frills Capitec rapidly became consistently the most loved banking brand in the country.

Today, disruption is a little more dramatic than Clay Christensen foresaw, and less driven by price. The price we pay for a product, or its value, now has a significant qualitative customer experience component associated with it. CX bundles together things like time and convenience and emotional reaction to the entire process of engaging with the product, from discovery to purchasing to usage and more. So today disruptive innovations don’t have to start out cheaper — they can add value in dimensions other than price.

It is often assumed (falsely) that innovation is no longer enough; that unless you disrupt you are really not a serious contender. Innovation may have lost its cachet, but it is still an essential process which continues to sustain the differentiation of many businesses. Even icons of differentiation like Apple thrive on continuous innovation, with true disruptions being delivered many years apart.

Who you jiving with that cosmik debris?

Small meteoroids are cosmic debris. They are briefly exciting, burning up in the atmosphere as shooting stars. They enchant and evoke wonder, but they don’t change a thing. A large asteroid striking the earth, however, has significant momentum and, on impact, the capability to disrupt life as we know it.

In business, most innovations, most new products, most startups, and most trends are merely shooting stars, trying really hard to be asteroids. Why? Disruption is worthy. Journalists love disruption; investors respect it; strategists hunger for it. Being disruptive gives you an enviable commercial advantage, because by definition nothing can withstand your momentum, and your only competitor is the past.

Disruption has come to imply the termination of one established business model through the sudden wide-scale adoption of another. It creates brand new operating environments and business models, far removed from established norms, fundamentally changing CX. Real disruptors own the future unopposed. The old establishment is made irrelevant by its own inability to anticipate, create or adapt to explosive change.

It is easy to be dismissive of the hype, but real disruption does actually happen. In business, most often it is something which is done to you, rather than something you do to others. Massive asteroids plow into established industries and business models more and more frequently, leaving stunned ex-employees wondering what happened to their world.

There is not an industry or business sector in the world which is not being fundamentally changed by disruption. From retail, music, manufacturing, television, publishing, construction, agriculture and transportation, to the fields of finance, medicine, law, education and government, technology has enabled new processes which will change everything forever.

The asteroids are coming

As organizations grow, in order to reduce risk they become increasingly dependent on planning cycles and management systems whose primary role is to minimize deviation from the established norms. Those systems are designed to not change rapidly, if at all. As reward processes evolve around adherence to the principles of those systems, culture begins “norming” to treat innovation with suspicion, to disproportionately amplify the negative downsides of change, and to discourage radical thinking. The result is a growing inability to change or evolve.

Organizational change follows a logarithmic curve — tending to flatten over time. The more successful a company has been, the less willing it is to venture outside its bubble. The larger the organization, the less able it is to adapt to fast-changing circumstances.

This is the essence of the Red Queen Syndrome. In itself, it’s not a problem, as long as the business environment is characterized by slow incremental change. But when an organization which is evolving logarithmically finds itself in a rapidly shifting market, the asteroids are coming.

Technological capabilities change exponentially, and these advances bring about changes in human behavior which are rapid and irreversible. Human beings usually opt for the enhanced experience which new tech brings, rapidly abandoning their old ways of doing things. It is these changes in behavior which trigger the sudden shifts in markets which we call disruption.

There once was an axiom which asserted that a company which competes with its own brands will live longer. To stay relevant today, a company should disrupt itself, continuously. Any business can create disruption rather than become its victim. Developing strategies for disruption requires the right analytical and creative methodologies and skills, fearless leadership commitment, and a company culture that is not too precious about protecting its current business model.

Incumbent organizations tend to become tightly focused, which is an increasingly inappropriate approach to deal with rising chaos in their markets, like trying to use a sniper rifle to hit a specific starling in a flock that is scattering across the sky. Starling flocks do not explode into a million random flight paths, of course. Neither do individual consumers in markets. There are patterns and predictabilities in murmurations. Still, your chances of hitting your target improve with a shotgun. This concept is anathema to traditional marketers, and also to old-school digital advertisers who grew up on micro-targeting. But it may explain some of the apparently unassailable success of companies like Amazon and Alibaba.

Innovating in chaos without pulling back to view the potential of markets greater than those pursued by your existing industry may lock in your existing customer for a little longer. It may help you attract customers from your existing competitor. But it won’t protect you from a disruptor who is intent on growing a new market totally redefined by new processes.

Organizations are not all doomed to fail as they get bigger. But they will eventually flounder unless 1) they are geared to continually understand emergent customer needs and respond to changing customer behaviors, or 2) they are broad enough in their scope to meet big bang disruption with smartly expanding wide-scale solutions. There is a future for super-flexible micro-niche players, and for smart broad-scope mega-corporations, but anything in between will have the life expectancy of a shooting star.

Not so different from the world of the 1900s after all. 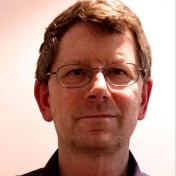